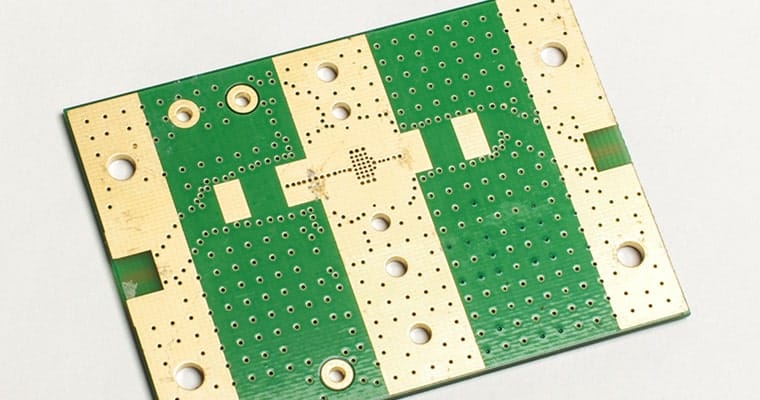 Copper thickness is one of the most vital factors when it comes to the functionality of PCBs. However, having heavy copper layers on the PCBs essentially means a costly production.

While a higher price usually implies the product won’t fare well on the market, that’s not the case with heavy copper PCBs. Why?

Today we’re looking into heavy copper PCBs and all the benefits they have to offer that more than justify the price of manufacturing.

What Are Heavy Copper PCBs?

It’s been quite a while since PCBs hit the market. The multitude of applications and benefits they brought with them changed the industry. Of course, over time, PCB manufacturing evolved and improved the standard copper printed circuit boards. That’s precisely why, today, we can achieve things we only dreamed of not that long ago.

One of the latest improvements (or should we say trends) in the PCB industry are the heavy copper-plated PCBs and extreme copper PCBs. As the name suggests, heavy copper circuit boards have thicker layers of copper on them.

But it’s actually quite interesting that there’s no industry standard for copper thickness. Sure, if you don’t specify the thickness, you’ll get a standard PCB copper layer thickness. That standard, run-of-the-mill PCB will probably have between 1 and 3 oz of copper.

1 oz comes quite close to the industry standard. Heavy copper PCBs, on the other hand, have between 4 and 20 oz of outer layers of copper.

Of course, there’s also a possibility of having even thicker layers of heavy copper circuits. If the copper layers are between 20 and 200 oz, then the PCBs are usually referred to as extreme copper PCBs.

As you can see, there’s no exact amount of copper that would play the role of “standard” thickness. Instead, designers determine it on their own, based on the PCB specifications, how thick they need the copper layers to be, and so on.

Because it’s an alloy, copper is a great conduit. Still, by itself, it can actually do very little for the device (power-wise). To be a proper conduit, it needs to be exposed to specific temperatures. That’s the only way it can carry a specific charge.

And that’s where the particular thickness of the layer of circuitry comes into play. The thicker the copper layer, the higher the temperatures it can endure.

So it’s all about thermal management. This is particularly important for PCBs that go into high-power devices that require parts that have extraordinary heat resistance.

It doesn’t matter if the PCBs are double-sided or multilayered — the copper thickness is still the number one factor contributing to conductivity. What’s more, it is also vital to functionality and heat-resistance of the PCBs.

In other words, the more copper there is (i.e., the thicker the layers are), the higher the current the board can conduct. Aside from that, heavy copper PCBs can achieve excellent thermal distribution. Overall thermal performance of the high-power device is vital to the device’s reliability.

Thin layers of copper can’t offer the same levels of temperature and power distribution. The thicker the layer, the less temperature increase and degradation of the device there is.

Heavy copper PCBs are more reliable when it comes to performance and have amazing thermal management capabilities. Because today’s devices demand heavier currents, they also come with a major downside, which is high heat. Utilizing heavy copper layers can fix this problem and make the PCB in question less likely to overheat and, ultimately, get destroyed.

Aside from that, heavy copper PCB comes with a multitude of benefits. Let’s get to the nitty-gritty of all of them.

Although we’ve already said a few words about this, high thermal endurance really is the number one benefit of heavy copper PCB.

The heavy layers of copper keep the PCB components cool, which enables them to function properly. When all components are functioning properly, there’s really very little chance of device failure (at least due to PCBs).

When it comes to the current-carrying capacity of a particular PCB, it depends on two things. The first one is the temperature rise, and the second one is the cross-sectional area of the trace. Traces are, of course, dependent on copper thickness, among other things.

The longer the trace is, the higher the resistance and the lower the current carrying capacity levels are. So, if we want to lose as little power as possible and achieve the high-power, high-conductivity we’re aiming for, we’ll need short traces.

One of the ways to achieve that is by increasing the copper layer thickness. Thick copper layers reduce the trace width. But they do so without actually diminishing the amount of current the trace is able to carry.

In order to function properly, the PCB has to be stable. Aside from electronically connecting the components within it, PCB also mechanically supports them. That’s why it’s vital that it has high mechanical strength.

A thicker layer of copper allows the board to be more stable. That’s especially true when it comes to the most vulnerable areas of the board. Thick layers of copper will make the plated through holes and connector sites stronger. That will, essentially, ensure the optimal connectivity of interlayers of a PCB.

When we plate a heavy copper PCB, we can increase the amount of thickness in plated holes and sidewalls. What’s more, we can actually combine several different copper weights within the same PCB.

That means that we can reduce the layer count and integrate high-current circuits and control circuits within the same PCB. That increases the density while still maintaining the relative simplicity of the board. Ultimately, it reduces the circuit size and allows for minimization.

Many high-power and high-current PCBs use exotic materials that can withstand the consequential high temperatures. For example, FR4 can operate at a temperature of 130°C while high-temperature polyimide has an operating temperature of 250°C.

It’s vital that both traces and vias are heavy copper-plated. If they only have a standard 1 oz copper layer, they’ll still make the PCB overheat and won’t function properly in the necessary conditions.

Overall, heavy copper PCBs seem like an amazing trend. But that doesn’t necessarily make them a perfect choice for every design.

First of all, as mentioned, heavy copper PCBs are more expensive. Secondly, because the layer of copper is so thick, there’s a possibility that the pathways etched into the PCB won’t be as precise. That can interfere with the electrical signal.

Of course, this isn’t that common, which is why many designers opt for heavy copper PCBs anyway.

There are plenty of industries that use heavy copper PCBs. Military and aerospace industries are just some of the prime examples. Aside from those, civilian manufacturers, designers, and enthusiasts often opt for heavy copper PCBs within the automotive, computer, solar, and welding industries.

When it comes to the application of heavy copper PCB, you’ll find them in high-current and high-power devices such as rail traction systems. Aside from those, you’ll also find them in:

That’s precisely why designers who need PCBs that will function at high (or fluctuating) temperatures will always opt for heavy copper PCB rather than anything else. If you’re unsure which copper thickness is the right fit for your design, contact us! With a decade of experience and the title of one of the leading companies in the market, we’re more than able (and willing) to help. The optimal design that you’re striving for is also one of our main objectives!