LED PCB Board: All Facts in One Place 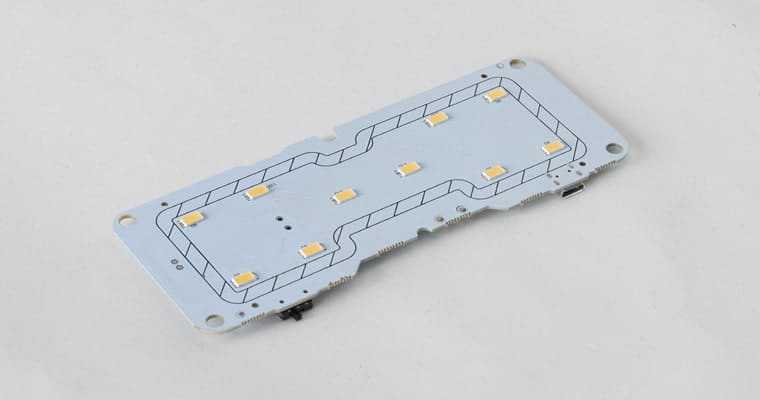 To anyone who’s into IT and modern technology manufacturing, it’s not a surprise to learn that printed circuit boards are everywhere. The PCB production has grown over the years, earning billions of dollars and becoming applicable in almost every single segment of modern tech. And yet, there are still details about these boards that fascinate the uninitiated. For example, did you know that you can get your own LED PCB board?

Yes, hearing the words LED and PCB in one sentence might seem a tad odd, but not only do they exist, but they are in quite high demand. But what exactly makes a good LED PCB board? Do they have any proper real-life applications and, more importantly, can you earn a living from LED PCB retail?

We are here to find an answer to all of the questions above. This article will take a brief, fact-filled look into LED PCBs, covering everything from their benefits to their application. Hopefully, by the end of this article, you’ll know just how spectacular these boards really are.

What Is an LED PCB Board?

The name itself is pretty much an indicator of what this product is — it’s a printed circuit board that can power an LED light. Rather, it is the very core of the LED and without it, you’d get no light.

LED stands for light-emitting diode. This semiconductor will emit light once enough electricity goes through it. Unlike other light sources (like incandescent lights), the LEDs generate the light from their own semiconductor material. For that reason, they are called solid-state devices.

In general, the process of making an LED PCB board is simple: you take an LED and solder it to the circuit board. A special chip produces light when electricity runs through it. In order to bond that chip, you would have to use a ceramic base and a thermal heat sink.

LED PCBs come with one major setback, which is overheating. Because of how small they are and how delicate the circuitry is, excessive heat can damage the board, and cooling is extremely difficult. That’s why manufacturers make PCBs with metal cores, since metal can dissipate the heat evenly. By far the most commonly used metal for this purpose is aluminum.

Right now, the most frequent way to package LEDs is in the form of surface-mount devices, or SMDs. Since a single LED light doesn’t produce enough luminosity, multiple components are mounted on a single package, e.g., a strip. And by far the best way to connect all of the components is via a circuit board, which led to the creation of LED PCBs in the first place.

The Scope of the LED Industry

Unlike the light sources of yesterday, LEDs are incredibly versatile and powerful, and they consume a lot less energy than their predecessors. In addition, they do not cause any notable environmental impact, making them the “green” solution of the lighting industry. So, in light of that information (some pun intended), let’s dive into all of the benefits of LED lighting.

Typically, an incandescent light bulb will release more than 90% of its energy as heat rather than light. And while it will definitely illuminate your room, the heat can be unbearable, especially during the summer evenings.

On the other hand, with LED lights, only about 20% of the energy gets converted to heat. In other words, more than 80% of the LED’s output focuses on illuminating the area around it, which is always a plus.

Once again, let’s compare the traditional bulb to an LED. Generally (and generously) speaking, traditional bulbs can last up to 1000 hours if they work 24/7. And most of them go out far sooner than that.

What about a typical LED, then? Well, if left on for 24 hours every single day, it would have a life of over 25,000 hours! That’s right, that’s 25 times MORE than the regular bulbs. Not only will it illuminate your home with low output, saving you money on your electric bill, but it will also take quite some time before you actually have to replace it, i.e., saving you money on additional light bulb expenses.

Lots of traditional light bulbs contain mercury. And while the amount is usually not that high (around 0.4 mg), it can still be a potential health risk. Moreover, disposing of such light bulbs will require special procedures.

LEDs, on the other hand, don’t contain any mercury. That fact alone makes them an environmentally friendly, clean alternative to typical incandescent bulbs.

Possibly one of the most spectacular and practical features of LED lights is the fact that you can literally fit them anywhere. They are so small and compact that they can be used in smartphones, consoles, computers, tablets, laptops, and computer components. But they are versatile enough to be used in large electronic devices as well, such as traffic lights and cars.

Because of how little energy LEDs consume, as well as their long lifespan, they are definitely the better alternative compared to regular bulbs when it comes to lighting up your home. Generally speaking, an LED light is roughly 6-7 times more efficient than the traditional option. If you switch to an all-LED set of light fixtures, you can save up to 80% of the energy you would normally lose on incandescent bulbs.

With all of these benefits that LEDs have to offer, it’s no surprise that an average LED PCB board is one of the hottest items on the IT market in 2020. With that in mind, let’s go over all of the applications of LED PCBs.

Proper illumination is extremely important in modern medicine. Whether you’re a surgeon who needs the light to see what they’re doing or a regular MD checking someone’s throat for abnormalities, you need a decent light source that can illuminate the body properly. The same goes for having proper lighting in other areas, such as hallways, doctor’s offices, the ER, etc.

Some high-tech medical equipment like scanners tends to use aluminum LED PCBs. The aluminum basis helps dissipate heat, helping the board function for long periods of time, which is crucial in a medical environment.

Brake lights, headlights, indicators, interior lights — all of these are crucial for an average vehicle to work properly. And replacing them is not only annoying, but also quite pricey.

Of course, most modern cars nowadays are using aluminum LED PCB boards. Because of their long lifespan, these boards will keep the LEDs running for years before you need to change them. In addition, they will not overheat, so there’ll be no damage to the circuitry underneath the LED light. And last, but definitely not least, LED PCBs are far more cost-effective than traditional car lighting fixtures.

Telecommunications equipment, such as multiplexers, power splitters, routers, modems, etc., require top-notch circuit boards, and an average LED PCB board can be a valuable part of this equipment. First off, it saves a lot of energy when installed into a telecommunications device. Second, and more importantly, the even heat transfer makes these boards perfect for this type of equipment, since they have to be installed next to some complicated and delicate circuitry.

Nearly every modern computer, from PCs to laptops and even hybrid laptop-tablet variants, uses LED lights to some capacity. For example, most of the indicators and displays on a typical desktop rig are LEDs. And since computer equipment also comes with extremely delicate and tiny circuitry, it’s vital that it doesn’t overheat. That’s why a heat-dissipating LED PCB board is perfect for illuminating various parts of your PC.

And speaking of PC parts, LED PCBs aren’t just used for indicators and displays. Certain PC components, such as CPUs and power devices, are also compatible with LED boards.

Obviously, you don’t have to get an LED circuit board for any of your hardware. Most of it can still work with the old circuit boards that use non-LED lighting. However, there are lots of potential advantages to using an LED option, and they go beyond heat dissipation and energy conservation.

Which LED PCB Board Manufacturer Should I Choose?

Since PCB technology is still somewhat new, there are lots of companies that are trying to enter the market. However, not all manufacturers do a decent (or an ethical) job. So, if you’re looking for a decent LED PCB manufacturer, here’s a handy list you should pay attention to. In addition, this list can help you if you’re an up-and-coming PCB manufacturer yourself:

LED PCB board production is showing no signs of stopping. Hopefully, this article has helped you learn more about all of the benefits that an average LED PCB has to offer. These circuit boards will always play an important role in modern technology, and whether you’re buying or manufacturing them, you know you’re getting a long-lasting product that will conserve energy and keep the environment safe.