Why Opt for Turnkey PCB Assembly? 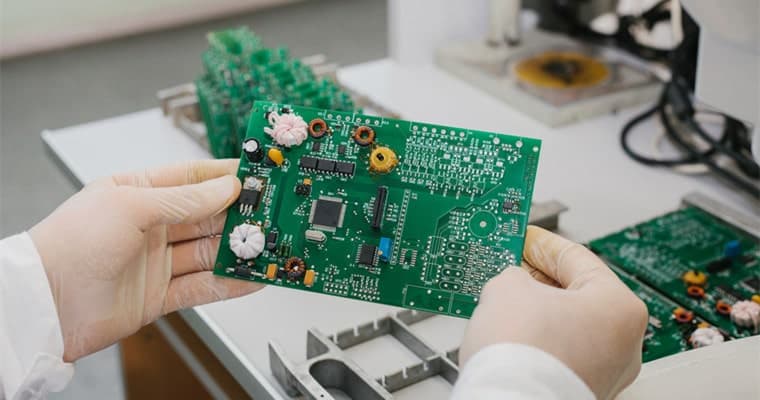 Turnkey PCB Assembly is a cost-effective and efficient way of going about PCB manufacturing. First of all, you get everything in one place. Then, someone else goes through the entire PCB project in your stead. That brings significant benefits, and it is the number one reason people opt for turnkey PCB assembly services.

No matter the industry, we all strive to make processes simpler. It doesn’t matter if we’re talking about designing, manufacturing, or delivering. Making things simpler, easier, and more comfortable for both parties is the main objective.

Here at MKTPCB, we understand that more than anyone else, which is why we offer turnkey PCB assembly services. Why bother with outsourcing little bits of the manufacturing process when you can find everything you need in one place?

This particular accessibility is a fantastic advantage and a huge selling point for small businesses that need both manufacturing and PCB fabrication and assembly services.

What Is Turnkey PCB Assembly?

When it comes to printed circuit board assembly service, the turnkey option is by far the most superior one. It essentially means that one company (or a PCB manufacturer) deals with every single stage of the production process, including:

Turnkey means that something is ready for use. In terms of PCBs, it implies that turnkey PCB assembly products will arrive ready for use the way you intended. You won’t have to think about incorporating components. Furthermore, you won’t need to worry whether the PCB will do what you need it to do because turnkey assembly guarantees it.

There are a few reasons turnkey PCB assembly is convenient and often the go-to service of many businesses.

As we all know, the functionality of PCBs is the number one priority. However, businesses also have to think about the price of the product.

For example, let’s say that you picked one company to manufacture the components and another one to put them together. You’d also have to pay for the cost of transport, right?

That’s not the case with full turnkey assembly. Since one company does it all, they can tweak the manufacturing process to make it as efficient and cost-effective as possible.

So, as we already mentioned, there’s no transport involved in turnkey PCB assembly. That shortens the production time immensely.

However, other factors shorten it too. For example, there’s no need for sourcing components. This otherwise time-consuming step of the process is now someone else’s problem. What’s more, you also won’t have to check on the components’ compatibility all the time.

There’s no chance of getting a faulty component, spending time trying to make it work, and finally capitulating and reordering. Since someone else is doing that for you, you won’t be losing time.

Let’s say that you’ve opted for MKTPCB’s turnkey PCB assembly service. Let’s also say that you’re unsure of what PCB design would work best for you and the components you need.

We’ve been dominating the PCB industry for over ten years. You can trust us to know where to get the highest quality parts and which suppliers are the best. What’s more, because we have a good relationship with said suppliers, we’ll also get a reasonable price for the parts.

Could you have done that yourself? Maybe. Would it take a lot more time? Probably. Would the parts be of the same quality? Well, only if you managed to contact and make a deal with the same suppliers.

Monitoring the entire process of PCB manufacturing might be the hardest part. What happens if you don’t opt for turnkey assembly? Well, then you have to either monitor each step of the process yourself or if you lack the expertise to do so, hire someone to do it for you.

With turnkey PCB assembly, the company already has talented, professional monitoring personnel. In other words, the company handles the monitoring of each step and stage of production while you only have to monitor the overall process.

When you give the vendor your product specification, you no longer have to put time, effort, and resources into prototyping. Typically, each stage of the PCB manufacturing process requires a prototype. With a turnkey PCB assembly, you can cut both the production costs and time by leaving the chosen vendor to do all the prototyping.

When there’s more than a few companies that you’re trying to communicate and organize the production process with, there’s bound to be some miscommunication. What’s more, even if there’s no miscommunication, there are going to be specific incompatibilities. Rarely does production goes without some.

Well, unless you are dealing with a turnkey assembly service. With such a service, you’re basically giving over everything to a team that has been working together on similar projects for quite some time. That means they have a system in place both for communication and for checking compatibility.

Let’s say there’s an error during prototyping. By the time a company has communicated this to you, you’ve prototyped, designed, and ordered components from another. That means your production progress will get prolonged, and you’ll lose money on excessive production.

Instead of ordering parts separately, opting for a turnkey assembly service allows you to avoid mistakes like that one. Instead, your chosen vendor will go over your design, check for compatibility, and detect potential errors early on in the process.

That is quite important because, if there are indeed any errors in the design, you want to know that as soon as possible. The longer the process is, the more steps you need to repeat, the higher the cost. Therefore, early error detection saves you not only time but also money.

Proper vendors can deliver huge orders to you within a more than reasonable turnaround time. However, they can also produce small orders. In other words, it’s up to you and your needs whether you want a low or high volume production.

What’s more, once a PCB design gets perfected, the turnaround time for even the highest quantity of orders becomes quite short.

Financial planning is vital for any business. It’s the only way a company can develop its operating costs and general business plans. So, if you’re looking to find out how much a particular PCB project will cost, opting for a turnkey PCB service is the best option.

Turnkey assembly is a very smooth process. The production team goes through all stages without missing a beat. That means they know all the intricacies of each step.

Therefore, you’ll be able to get an instant quote for both the initial board and any future orders (no matter the volume). That makes financial planning a breeze!

Many people think that turnkey PCB assembly means getting a conventional, ready-made, and imitative product. However, that assessment is far from the truth.

With a turnkey service, you can tweak and improve upon design as much as you want. No matter your specifications and needs, the right vendor will have no trouble creating a prototype and manufacturing the exact product you need.

What’s more, turnkey not only allows for customization, but it also cuts costs that would otherwise be quite high, as customization never comes cheap.

Turnkey PCB assembly saves precious time and resources. It offers many benefits, which is why many of our clients have picked this particular service from MKTPCB’s vast selection.

Aside from saving time and money, turnkey PCB assembly also guarantees the quality and functionality of the components and the finished product. When you opt for turnkey assembly, you’re making a lot of things easier on yourself. Volume production is no longer an issue, nor are monitoring, prototyping, management, and PCB customization, among other things.

If you’re interested in quick turnkey PCB assembly that will also provide an impeccable product, look no further than MKTPCB! Contact us now for a PCB assembly quote!