While PCBs for simple applications typically consist of one layer, advanced applications such as computer motherboards have multiple layers. These types of boards are commonly known as multilayer PCBs. With the demanding complexity of modern equipment, multilayer boards have become more popular, while production techniques have allowed them to size down effectively.

MKTPCB is your one-stop PCB manufacturer and service provider for all types of PCBs, including advanced PCBs. We have more than ten years of experience in designing and manufacturing high-quality multilayer PCBs. We have state-of-the-art PCB fabrication equipment to ensure our end products meet customer requirements and industry standards.

Our multilayer PCB capacity enables us to provide our customers with quality and quick-turn multilayer boards and prototypes. We have developed good working relationships with reputable and reliable components suppliers. Thus, you don’t have to worry about the hassle of sourcing materials for the production of your multilayer boards. We acknowledge the significance of having your design ready for production in a quick turnaround time in the modern electronic market.

The table below shows the features and capacities of our multilayer PCB products.

Contact us for Low-Cost and Quality Multilayer PCB Manufacturing Services

What is a Multilayer PCB 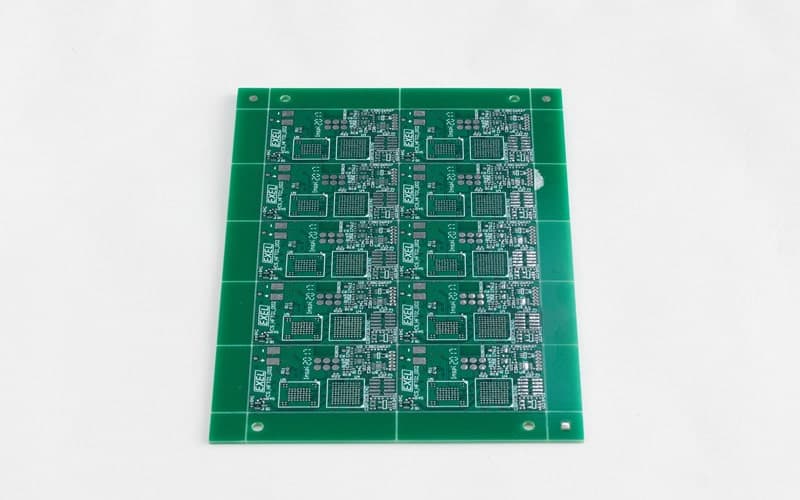 A multilayer PCB is a printed circuit board consisting of three or more conductive copper foil layers. The copper layers look like multiple layers of double-sided PCBs, laminated and soldered together with heat-protective insulation layers in between them. The whole assembly is arranged so that the layers are found on the PCB surface sides to connect with the environment. Electrical links between the layers are established through Via technology like plating through-holes, blind and buried vias. The use of this technique leads to the creation of complex boards of different sizes.

The invention of multilayer PCBs was majorly due to the evolving changes in the electronic sector. Electronic functions have become increasingly more refined with time, demanding more complex circuit boards. However, the PCB evolution was hindered by issues such as noise, stray capacitance, and crosstalk, which compelled boards to follow certain design restrictions. These constraints made it almost impossible to achieve high-performance levels from single and double-sided boards. That is how multilayer PCBs were invented.

By placing a double-layered board’s capacity into a format that is a fraction of the size, multilayer PCBs have become gradually common in the electronic industry. These boards come in various sizes and thicknesses to meet the requirements of their growing applications. Some variants range from three to twelve layers.

Though they are a bit more expensive and time-intensive than their counterparts, multilayer PCBs play a significant role in modern technology. This is primarily because of the numerous benefits they provide.

Technically speaking, multilayer PCBs present multiple design benefits. Some of these benefits include:

Multilayer printed circuit boards have become the go-to solution for various applications in almost every sector. This high demand has resulted from the steady push for mobility and functionality in the electronic world. Multilayer PCBs are the ideal solutions for this push, offering increased functionality and miniaturized sizes. Because of this, they have become almost pervasive in many technologies like: