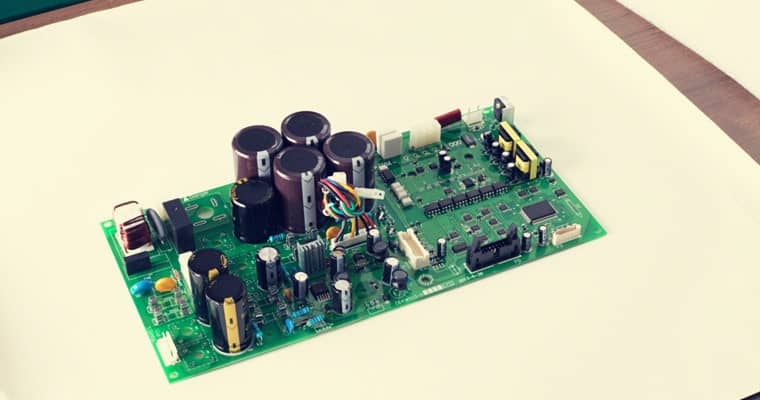 We hear the term SMD vs. SMT assembly in and around the PCB industry quite a lot, but what does it even mean? More importantly, what difference does it make to you when you’re just trying to buy PCBs?

Well, to clear up any and all confusion in the future, we’ve decided to answer all those questions today.

Surface-mounted devices or SMDs are the actual components that go inside a PCB. Their special design makes them fast, cheap, and small enough so that they can fit inside electronics much easier.

You see, back in the day, components for PCB production were much bigger and heavier. At one point, through-hole technology (THT) just couldn’t keep up with the demands anymore, and it became almost obsolete. The production process took way too long, and the end results just weren’t worth it anymore.

We had state-of-the-art technology, but the components were still too clunky and slow. That’s how SMDs came about.

The biggest difference between SMDs and older-generation components is in the design itself. Back in the day, the previous versions had to have wire leads that would go through the board.

On the other hand, SMDs use special pins that are then soldered onto a PCB. Doing so leaves more space on the PCB, and both sides of the boards can be used.

Even though not many people know this, one of the most common examples of SMD applications is a smartphone. Nowadays, phones need to have a lot of different components, all neatly packed in a tight space.

That’s why regular THT components wouldn’t work because they’d take up too much space, especially behind or at the bottom of a PCB. So companies use SMD components instead, and because they have either small leads or no leads at all, they’re really easy to shrink.

The next step in settling the SMD vs. SMT assembly debate would (obviously) have to be defining SMT. To put it in simplest terms, SMT stands for surface-mount technology, and it describes the process of soldering and mounting surface mount components onto a PCB.

The key to successfully aligning a stencil on the surface of a PCB is using a calculated amount of solder paste. Then, using the stencil, a machine mounts all the components to the board.

After that, PCBs go through an infrared oven, which melts the solder paste, forming the solder joints. Of course, all PCBs then go through an extensive examination to ensure that they’re up to standards.

Advantages and Disadvantages of SMT

The reason SMT became so popular is that it has a ton of advantages and only a few disadvantages. For example, one of the biggest perks of applying SMT is that it allows for a smaller PCB size, but higher component density.

Also, with SMT, production time is much faster, and components can be placed at a rate of 1,000 per hour. Another benefit of SMT is that it’s proven to be more reliable than THT, especially when it comes to performing in certain conditions, like during shocks or vibrations.

The final reason SMT reigns supreme is that all these benefits combined mean that production is much more affordable. In turn, the final products have a lower price.

The only drawback of SMT is that it’s not the best choice when it comes to components that’ll be under mechanical stress, like connectors, for example. Since it would be the only method to attach components to PCB boards, it won’t be as reliable as some other techniques.

THT was widely used up to the 1980s when SMT gained in popularity. Even though it seemed like SMT would completely faze out THT, the latter is still used to this day. The number one reason for it is reliability.

For example, it’s best to use THT for products that require a strong connection between their layers. It’s also extremely useful in prototype and testing applications, which we’d have to sometimes adjust or replace manually. That’s why we often see THT used in aerospace and military products that need to withstand extreme collisions, accelerations, and high temperatures.

Essentially, even though THT might not be as widespread as it once was, it will never completely disappear from the PCB assembly process. Especially because not all components are available as SMD devices, so SMT can’t always be the single option.

Even though the terms SMD and SMT are often used interchangeably, as we’ve established, they’re different things. SMD is a component, while SMT is a technique, and the former makes the latter more efficient.

With that said, even though SMD and SMT refer to two widely different things, they still share a big connection. For starters, the first process in SMT is the right selection and arrangement of SMDs.

Also, if you want to make the most out of SMDs, and have them be as efficient as possible, you’d have to do an SMT assembly.

Now that we’ve (hopefully) cleared up any misconceptions about SMD vs. SMT assembly, we thought that we’d explain some other terms. You’ll find most of these in the PCB industry, and it’s always a good idea to know what the abbreviations mean to ensure that you’re getting exactly what you need.

While we do certainly understand why there’s so much confusion surrounding SMD and SMT, the terms are easier to explain than most people think. But if you ever find yourself confused again, just remember that D stands for the device, and T stands for technology. SMT describes a process, while SMD refers to a component.

Of course, if you still have any questions about SMD vs. SMT assembly, we’d be more than happy to help. We’ve been manufacturing and assembling PCBs for a long time now, and know the entire process inside and out. So give us a call because we’d love to be a part of your PCB journey.