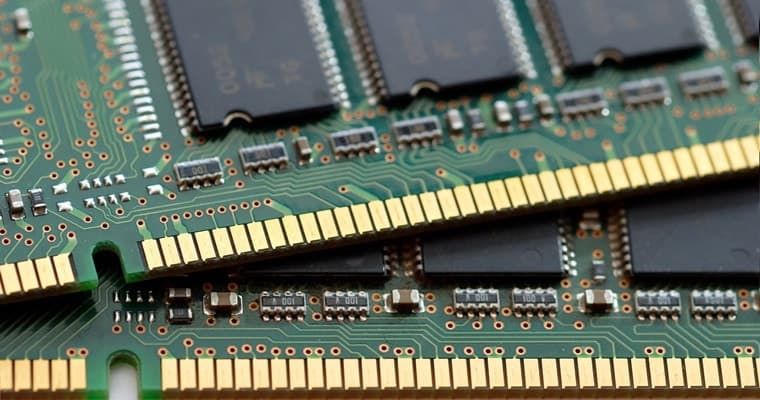 Printed circuit boards or PCBs are an essential part of nearly all electronic devices. You can find PCBs in smartphones, PCs, microwaves, and other household items. But did you know that some PCBs have gold fingers? Here, we will take a closer look at the application of gold fingers, their purpose, and production.

What Is a Gold Finger?

Gold fingers are a part of some printed circuit boards. Their role is to establish the connection between two boards. They are an essential part of communication between devices, and you can find them on PCBs in smartphones, graphic cards, RAM, and so on.

Regardless of the type of electronic device you pick, gold fingers will be on the edge of the printed circuit board. The narrow edge of the board has golden stripes, and they are highly resistant to corrosion.

These connectors are also known as gold plating because of the materials used for their design. Let’s get into it!

What Are Gold Fingers Made Of?

The primary reason for the name of these connectors is that manufacturers use gold when making them. That and the fact that they have gold color are the reason why they are commonly known as gold fingers.

Naturally, companies in charge of designing PCBs won’t use real, 24 karat gold. Instead, each finger is gold plated. That allows it to keep the same properties without making it too expensive. That means that the company will use flash gold, a thin layer of gold (or coating) sufficient to provide necessary electrical properties.

There are two types of gold fingers you can find on modern PCBs. The first method used for manufacturing gold fingers is ENIG (electroless nickel immersion gold). ENIG is quite cheap, and it is a lot easier to solder compared to electroplated gold. However, the main problem is that the layer is rather soft and thin.

In essence, ENIG means that there is an electroless nickel plating covered with a thin layer of gold during the manufacturing. Gold is used in the process to prevent oxidation.

To achieve that, the gold is usually applied by immersion into a solution that contains gold salts. Typically the thickness of the gold layer is between 0.05 and 0.23 µm (2 to 9 µ in)

The second method is electroplated hard gold, which is a lot thicker compared to ENIG. Also, it involves a solid (or hard) gold layer. Usually, the thickness of the layer is around 30 µ in.

What Is the Purpose of Gold Fingers and How Are They Used?

So, what is the purpose of gold fingers? The answer is obviously to establish a connection between two PCBs. But that’s not what we had in mind. The reason why we use gold is its electrical and chemical properties.

Adding just a thin coating of gold will improve oxidation resistance, reduce wear, and make the fingers superconductive. The idea behind reducing wear is to protect the PCB. If you apply them correctly, it is expected that fingers will last over a thousand cycles.

It is not rare to see companies combining gold with nickel or cobalt to further increase wear resistance and protect the PCB connectors.

When it comes to the purpose of gold fingers, it mostly depends on the PCB and how you plan on using it. Gold fingers can be used for a variety of things. For example, gold fingers provide a connection for network transfer data; they are used for attaching adapters or different devices to the board; they can serve as audio adaptors, etc.

Beveling is another important step during the manufacturing process. What that means is that before the surface finish is applied on the PCB, the gold fingers plating process will begin. There are three main stages of the gold plating, and beveling is the final part of the process.

The first part of the process is nickel plating. During this phase, a small layer of nickel is added to the connector edges. Of course, when we say small, that still means that it is thicker than the layer of gold used in the second phase. The nickel layer is between 2.5 and 5 µm, which is around 100 to 200 µ in.

Once the process is complete, the second stage involves adding gold or gold plating. A thinner layer of gold is added on top of the nickel, and it is usually between 0.05 and 0 23 µm, which is 2 to 6 µ in.

The final part of the process is beveling. Once the gold is added to the equation, the edges of the fingers are beveled or tapered. Tapering is done at a specific angle, usually 30 to 45 degrees. The idea behind it is to allow easier insertion and connecting with the corresponding slot.

Beveling is not necessary if there is no need for the board to be plugged in as often.

When it comes to PCB assembly, manufacturing, and design, there are still a couple of rules companies must follow. Let’s take a look at some of the specifications that are a part of PCB designing. More specifically, let’s focus on gold fingers.

Firstly, the inner layers of the printed circuit board near the edges must be without copper. The primary reason why the connecting edges must be copper-free is to avoid exposure during the beveling. The next important part is also related to PCB design. It is not recommended for the plated through holes (PTH) to be within 1 millimeter (0.0393 inches) of gold fingers.

Furthermore, gold fingers should be separated from the board outline at least one half of a millimeter. While these suggestions seem like a piece of advice only, you should never compromise with the standard spacing values while designing gold fingers. One of the things that could happen is that the gold plated connectors will become too weak and cause the PCB to malfunction.

Moreover, you should remember that neither solder mask nor silkscreen should be anywhere near the gold fingers since it will only lead to performance issues. Finally, the connectors should always be placed turned away from the center of the PCB.

One of the last things we should mention is that there are different types of gold fingers available. The first type is the one we talked about the most here, and it has uniformed fingers. That means that each finger is the same length and has the same distance between them.

But this is not the only type you can encounter. Naturally, the second version is with non-uniformed fingers, where it is possible for some to be shorter than the others. The reason for the length difference in some connectors is that some fingers need to be powered up first. Once the user plugs in the device, longer fingers will get power first. The example of a PCB with non-uniformed fingers is in memory card readers.

Finally, there are segmented gold fingers. Here, not only that they are not uniformed, but they also have disjointed sections. Usually, two shorter gold fingers will have the same length as the longer ones. This type of design is commonly used for water-resistant PCBs or anything meant to be used in harsher environments.

The Association Connecting Electronics Industries (IPC) has a set of rules, or rather standards for the designing of gold fingers. Standards like IPC-A-600 and IPC-6010 describe some of the important rules companies should follow while manufacturing PCBs.

Gold fingers are an important part of many printed circuit boards. Their goal is to enable the connection between two boards, and they are manufactured according to IPC standards. The reason why they are called gold fingers is that gold plating is used during the manufacturing process.

If you have any questions about gold fingers or PCBs in general, feel free to contact us. We have over a decade of experience manufacturing printed circuit boards, and we are more than happy to help you with any problem or question you might have.